JSU Student with Autism Shares His Story on GMA

Bronson Layton can pinpoint the moment when his Internet fame crossed over into the real world.

A couple of months ago, the 22-year-old JSU student noticed something strange on the porch of his Ragland home. It was a life-sized cutout of Superman. It hadn’t been mailed. Someone just dropped it off at his house. There was a note attached with his name surrounded by tiny hearts.

Layton has grown steadily more comfortable being recognized – and approached – by strangers – since a video he made was featured on Good Morning America. The inspiring video that Layton and Elisa Tang, a digital producer for ABC News, created in October is an open letter that he reads to his younger self about what his life will be like with autism. 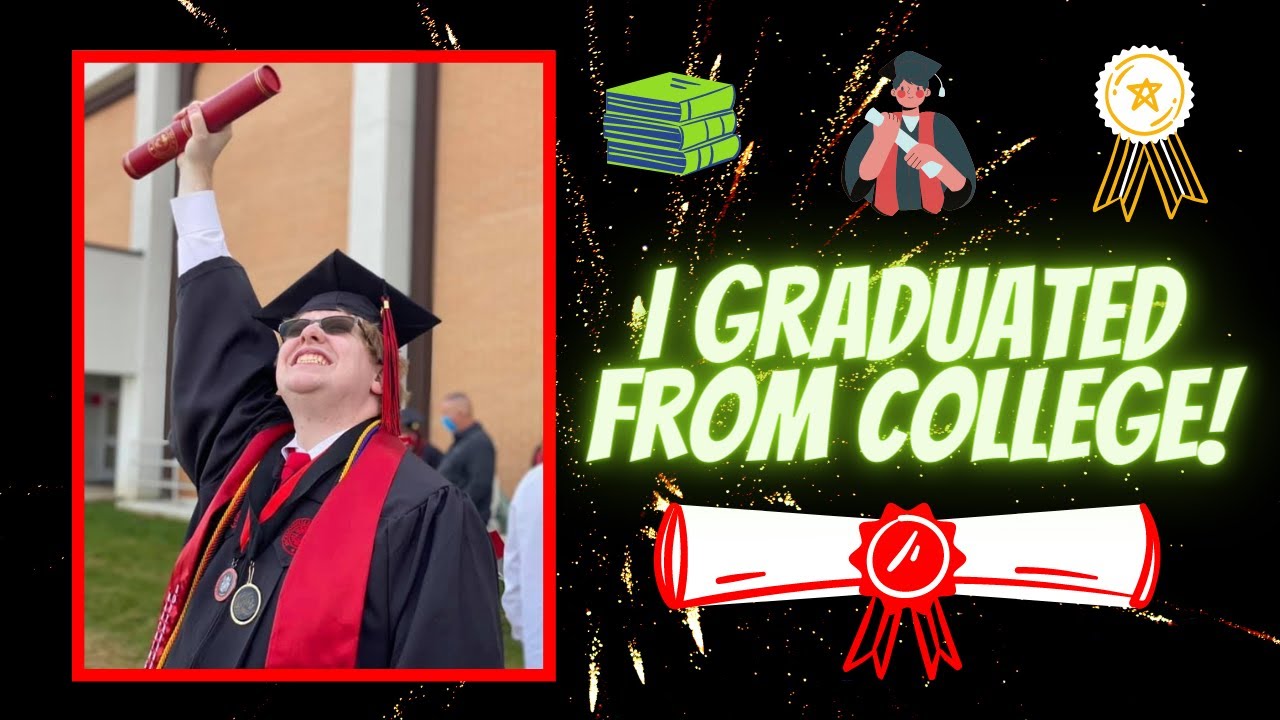 "Dear Bronson, I know you’re probably too young to understand this, but part of me feels like you already know what I’m about to tell you …”

Opening with his struggles in elementary school, the video shares how Layton discovered his passion for writing, graduated from high school as class president, enrolled at JSU, joined the Marching Southerners as a baritone player, and is now pursuing an advanced degree to become an English professor. The video provides an inspiring personal perspective that struck a chord with viewers across the country, around the world, and in Layton’s own backyard.

“It’s opened a great many doors for me,” he said

Since its release, Layton, who is preparing to complete his master’s degree in English, has been contacted by “all sorts of press,” he said. “I couldn’t even go to my local grocery store without having to go incognito.”

Layton’s been approached by total strangers asking how they can help their non-verbal child, or those with autism seeking advice about everything, including the best way to ask a girl on a date.

“It’s so empowering to know that I can actually help people,” he said.

News organizations, websites and social media outlets as far as California and Australia picked up the story from GMA and ran with it – all to Layton’s surprise.

“I’m just a kid from Alabama, telling a story,” he said. “I still don’t really understand how this all happened.”

Layton was two years old when he was diagnosed with Pervasive Developmental Disorder, Not Otherwise Specified (PDD-NOS), which generally applies to children or adults who are on the autism spectrum but don’t fully meet the criteria for so-called “classic” autism or Asperger syndrome.

Wanting to avoid the stigma often associated with autism, Layton’s parents hid the diagnosis from him for 13 years until he accidentally discovered the truth – an event he details in the GMA video.
How exactly Layton fell onto the GMA radar that led to him making that video is, “quiet a story,” he said with a laugh.

Layton is a member of several autism and motivational Facebook groups. In April, he wrote a “substantial” introduction about himself detailing “basically my entire life story up until that point and what my life was like as an autistic,” he said.

After the post was approved by the site’s administrators it went viral, appearing on other social media platforms, including Tank’s Good News, which is affiliated with ABC News and Good Morning America.

“I couldn’t believe it,” Layton said. “My family was the first place I found out about it. I looked and was like, ‘my goodness, that’s my name, that’s my picture.’ I was really touched how these people who didn’t know me were inspired by me.”

That was in August. A couple of weeks later, Layton received an email from a digital producer from Good Morning America asking if he would be willing to make a video version of what he’d written. Though he was excited, Layton was also somewhat hesitant.

Bronson Layton warms up before a performance with the Marching Southerners. (photo courtesy of Bronson Layton)

"I was really touched how these people who didn’t know me were inspired by me."
--Bronson Layton

“As much as I wanted to accept it in the moment, I had to take a couple of days to think about it,” he said. “For all my life, Good Morning America has had a national audience. I’m just one of those next-door guys who goes to school and does ordinary stuff. What was America going to think about me – what could I possibly show them?"

Layton discussed it with his family.

“Do it!” his dad said. “Your message needs to be shared.”

Though he was nervous, Layton believed he had something worthwhile to share.

“Maybe my story could help others understand what autism was,” he said. “So, if I had the opportunity to be on the news and talk about the positive side about autism, then I needed to take that shot.”

Layton’s hands were shaking as he typed out a response to the producer accepting her offer. Over the next couple of months, they created the video that aired on the show’s website. It wasn’t necessarily a difficult assignment because Layton was already well practiced in creating online content. Since 2019, he has managed his own YouTube channel, Brons Over Brains, which has 139,000 subscribers.

The channel’s theme, which has everything from cooking videos to vacation blogs, focuses on autism awareness and education.

“It’s the whole nine yards, really,” he said. “I like to make people laugh and educate them at the same time.”

Because of the YouTube channel and the positive feedback both it and his other social media posts had received, Layton felt like the offer from Good Morning America was fate – an opportunity for his message of inclusion and understanding to reach an even wider audience. The response to the video was overwhelmingly positive.

Layton, along with his parents, Wayne and Leslie. (courtesy of Bronson Layton)

Throughout this journey, Layton continues to educate those he calls “neuro-typicals” about what life is like for those on the autism spectrum.

“It’s frustrating when neuro-typicals, and even some doctors, suggest that autistics lack emotion or empathy,” he said. “It’s not true. Just because autistics think differently from most people, doesn’t mean that they’re heartless. We’re human beings who have just as much desire for love and friendship as any other person.”

There is also a misconception about how those on the spectrum view themselves, Layton continued.

“We don’t like to be labeled as disabled,” he explained. “Some autistics are non-verbal or may not have confidence in themselves,

but I think that has more to do with the environment, not the individual person.

We all have to be motivated to get out there and make something of ourselves. Without encouragement, inspiration and motivation doesn’t really provide a sense of purpose unless we get out of our comfort zone, and it takes guts to do that.”

Bronson Layton as a child...

...and as a proud high school graduate. (courtesy of Bronson Layton)

Submit a Story
Back to Top